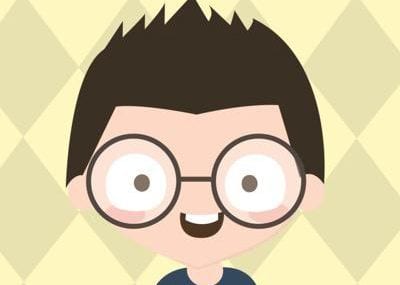 So a 40+ year old technologist who worked in government for 10 years now has this blog. And it’s not like I haven’t tried to do a blog before. I did. It failed. Miserably. Remember the Titanic? No, you remember the MOVIE with the guy from Gangs of New York and the english lady who is in all sorts of romance comedies. Those are the ones my wife forces me to watch. But anyway, Jack didn’t exist and the boat sunk, along with my former blog. It was probably Jack’s fault….(click here to continue reading)

And here I am. Alone, writing my thoughts. And there is alot of them. A lot. Like when you drop part of a turkey leg on the ground at Disney’s Magic Kingdom and ants attack that thing like crazy. That’s how many thoughts there are. Like turkey legs in a theme park. There is a stand on every corner. So many thoughts, I run for peace and try to make them go “shhh…” But it doesn’t work. They just reply “One More Mile!” and there’s 3 miles to go. They can’t add either (pesky thoughts). But they have been trained in technology or Digital Enterprise and reconditioned into public service behavior. Imagine driving those ants to a specific piece of turkey on the ground. It’s like that – near impossible.

Technology has evolved considerably over the decades. When Alan Turing took a scrap of tin, wires and switches and turned it into a device to decrypt German encoded messages, I’m sure he had no clue as to what innovation and industry he would help create. As much as can be said of the constant state of technology, the same goes for the technologist. From the programmers (the new PC term is “coder”. You should write that down) to the IT Pro to the strategist, technologists are constantly working within an area that is fluid and evolving. We don’t stay still. Technology is rarely static, and so are technologists. Get to know them. They are a fun loving group, lots of humor, and their life ambition is not to fix your computer that your teenager infected with the Russian Virus-of-the-Week, but they will help you anyway. By the way, you should have a backup of that computer. There is stuff out there. Like “Self Help Disaster Recovery” or “Help! I have the Blue Screen of Death and It Won’t Boot Up!” software to help you get that PC back to where you need it, instead of Day 1 out of the box (for Redmond folks, OOBE).

Tuesday last week was IT Pro Day, so to all of the IT Pros who go out there, work in florescent lighting, understand digital concepts and theories, and require visits to a tanning booth to get UV lighting as well as Vitamin A – Here’s To You! Thank You for all you do keeping our email running, Angry Cat videos on YouTube and allowing us to play the latest mind numbing game on our mobile devices. Yes, this thankless group doesn’t do it for glory or recognition, they do it because they want to make change reality. Then they are responsible for keeping it running with whatever data backup technology is best suited for their environment, or their boss’ demands. “Keep it going 24x7x365, and you can rest when you’re dead” Yep, sounds like government IT. Actually anywhere. These techies do alot to keep mankind moving. They create new ways of entertainment, better productivity tools and change for the future – all while working together devoid of self-interest.

Like an army of ants moving a gigantic turkey leg in a theme park. Until next time, when we decide what the topic will be. Maybe how to make queue lines move faster…

Eugene Rudy is Director of Government relations at ThinkGard. As former executive director for the Georgia chapter of GMIS International (the country’s largest association of public-sector IT professionals) Eugene has worked with multiple public sector organizations with focus on preventative measures, disruption planning and rapid response mitigation.